About the FHL Foundation

Hi, I’m Rick
​
I'm president of the board of the FHL Foundation. I guess you could say that I'm the chief animator behind the Foundation. The day-to-day operations of the Foundation are handled by a dedicated crew of staff and consultants, most notably our Executive Director Martina. We’re based in Albuquerque, New Mexico. We’re a small, private family foundation. Allow me to tell you how the Foundation came about. 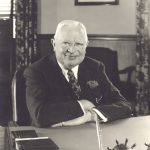 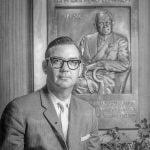 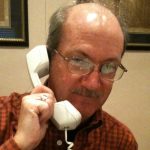 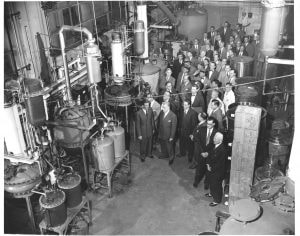 Fritzsche factory in the 1950s (Fritz and Fred in foreground)
My grandfather (starting in 1934), and later my father (starting in 1961), ran Fritzsche Brothers, which became Fritzsche, Dodge & Olcott in 1963. Fritzsche Brothers was an essential oils, flavors, and fragrances company that often provided ingredients to such companies as Coca-Cola and Avon. So, yes, my family was into essential oils before essential oils were cool. In 1946 Fritzsche established what would later be called the Guenther Award (named for essential oil pioneer Dr. Ernest Guenther). This award was given to recognize outstanding scientific achievement in the field of essential oil and aroma chemistry. In 1970 Fritzsche, Dodge & Olcott participated in SOS/70, an international conference convened to deal with world feeding problems. As a result of this conference the company put efforts into such areas as spun soybean textured meats as well as flavored turkey, pepperoni, ham and chicken. I remember as a kid eating Bacon Bits before they were commercially available. Bacon Bits contain no meat and actually are vegan. I should note that throughout it's history Fritzsche was very concerned with what today is called ESG—Environment, Social, and Governance. To add to the examples above, Fritzche hired its first woman employee in 1889! When my father would take me on tours of the Fritzsche laboratories back in the mid-1960s there were as many female scientists busy at work as there were male scientists. Today that ESG spirit guides how we invest the Foundation's portfolio.
​
Welcome to our web site. Hopefully you will find the information you are looking for. And maybe you’ll have a bit of fun along the way. Use the menu items above to navigate to an area of this web site that may be of interest to you. Enjoy!